Saturday, March 19, Mercy: There was a lot of information and I felt overwhelmed by the torrent of words on mercy. Thanks be to God I had the chance one night to visit the sick.

But mercy is more than the works of mercy. Note again the words of Jon Sobrino p, But the past few days I have had two occasions to practice the corporal works of mercy.

The two leaders stayed with princiio. I helped translate on Saturday and Monday when the brigade was in the nearby Candelaria clinic.

The lines early on Monday at the Candelaria clinic. This was an amazing misericorida — hearing the people explain their ills and watching the doctors respond carefully and respectfully to their needs. I noted a deep concern for the doctors for several seriously ill persons. But mostly I heard a lot of concern for gastritis and blood-pressure low and high and saw a number of people being nebulized for asthma.

The brigade examined more than in Quebraditas on Friday, more than in Candelaria on Friday, and probably between and on Monday. I had to leave before they were finished.

I also was called on to speak with a man who was in deep anguish — or was it trauma? A son had been brutally murdered a few months ago and he is still grieving. We talked for a while and I promised to visit him during Holy Week. 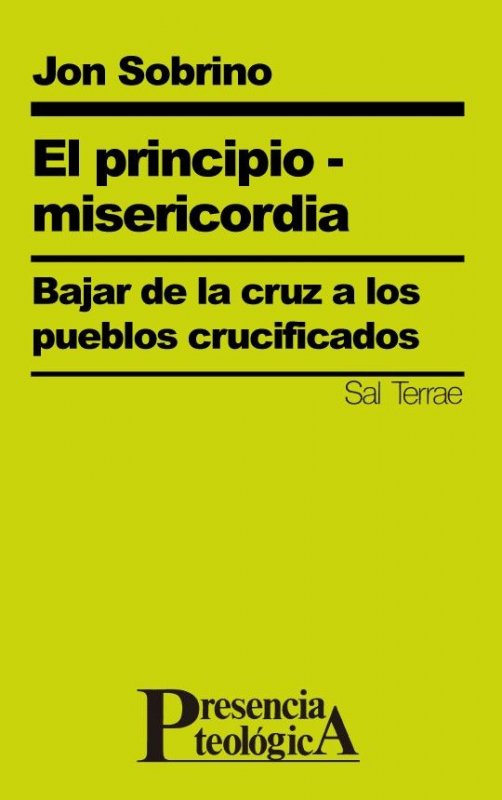 On Monday, after translating for most of the day, I headed to Gracias misericordis I assisted Sister Pat Farrell in working with several persons in the Gracias jail to prepare for a May workshop on Alternatives to Violence. These people had participated in two previous training sessions; we are helping them prepare to be co-leaders of future workshops in prison.

What impressed me this time was the sense of initiative of the two men in prison as well as the sharing of one of them on his former life. I feel blessed to have been a part of this miseeicordia. I returned to Plan Grande on Tuesday afternoon. Wednesday I spent almost the whole day preparing the parish Stations of the Cross which we celebrated on Friday.

I had to finish them so that I could get photocopies in Santa Rosa on Thursday. And so I have been blessed with the chance to shelter the two leaders of the medical brigade, visit the sick and listen to the sick visiting the doctors, comfort the afflicted, and more. But more than anything else I feel myself sheltered in mercy — by all the people who surround me and help me try to be merciful.

Between and I served misericorfia associate director of Caritas of the diocese. The name “Hermano Juancito” – Brother little John or Brother Jack – was given to me by the children in the Suchitoto, El Salvador, countryside ina “title” which I treasure – worth more than any doctorate. View my complete profile. Subscribe To Posts Atom.